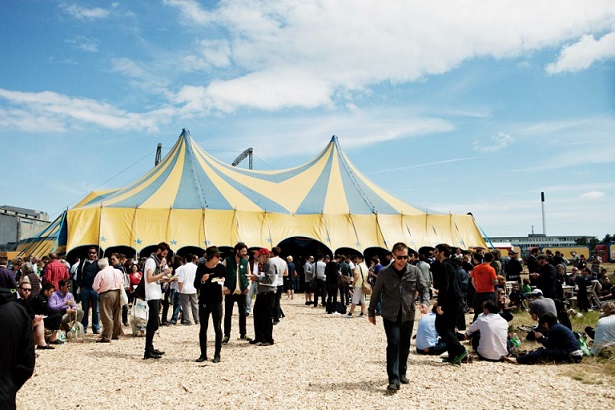 COPENHAGEN — MAD, the annual symposium founded by Danish chef René Redzepi in 2011, will celebrate its third edition on 25 and 26 August, 2013, with a lineup of speakers co-curated by Momofuku chef and founder David Chang and his collaborators at Lucky Peach, the noted food and writing quarterly published in conjunction with McSweeney’s.

This year, the organisers have built the sold-out two-day event around the theme of GUTS, urging its list of speakers to be brave, so that MAD3 will be a venue in which attendees can reflect on the stories and ideas that no one usually dares or gets an opportunity to tell. 600 guests will gather in a circus tent along the water in Copenhagen to hear these visceral stories, which come from a varied program of speakers that includes celebrated chefs Alex Atala (Brazil), David Kinch (USA), Alain Ducasse (France), Barbara Lynch (USA), Margot Henderson (UK), Pascal Barbot (France) and Christian Puglisi (Denmark); authors like the Pulitzer Prize winner Jonathan Gold (USA) and Mexican gastronomic authority Diana Kennedy (Mexico/UK); filmmakers Daniel Klein and Mirra Fine (USA); fermentation revivalist Sandor Katz and forager Roland Rittman (Sweden); artist David Choe (USA); environmental activist Vandana Shiva (India); and scientist Heribert Watzke (Switzerland), glaciologist Jason Box (USA/Denmark) and food historian Michael Twitty (USA).

On 25 August, lunch at the symposium will be prepared by Souk El Tayeb, Lebanon’s first farmers market, which works to preserve the culture of small farming and protect the interests of small producers in the age of the industrial and globalised food trade. On 26 August, James Beard Award winner Danny Bowien and Anthony Myint of Mission Chinese Food (USA) will prepare heaps alternating between the comforting, abrasive, refreshing and satisfying.

Throughout both days, renowned Copenhagen microbrewer Mikkeller will be serving five types of beer made specifically for the symposium, one of which has been developed in collaboration with Frank Falcinelli and Frank Castronovo of the Frankies restaurants in New York City. Coffee will come courtesy of world champion Oslo barista Tim Wendelboe and Copenhagen’s Café Europa, which is run by Nordic Barista Cup Executive Director Jens Dyre Nørgaard.

MAD, Momofuku and Lucky Peach will provide full coverage of the festival, in real-time, on their respective Tumblr blogs: Momofuku Long Play, Lucky Peach and MADFEED, the newly launched site that will soon feature essays, interviews, features and other editorial content from the MAD team and collaborators from around the world. All presentations will be filmed and shared on the MADFEED, free of charge.

MAD, founded in 2011, is a platform that recognises that the role of the chef is evolving and developing into a position of influence — one that impacts the manner in which people and food professionals consume and connect with food. Such responsibility requires education, an elevation of awareness and social maturity, and this symposium was set up to accelerate and harness that new potential for positive change across the food industry and beyond. As such, the lineups for every edition include representatives from several different disciplines, including gastronomy, agriculture, academia and the arts.

In addition to the annual symposium, MAD consists of MAD Mondays, a series of intimate gatherings and discussions held throughout the year, and MADFEED, a blog featuring original content from the MAD team, as well as chefs and writers.